Is walking better than Sex?

IS walking is better than sex??? 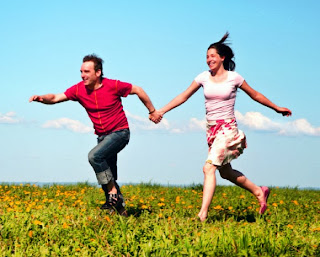 Well lets take a walk through this and decide for ourselves!!

It Burns More Calories: 30 minutes of walking at an easy pace burns 150-200 calories, whereas 30 minutes of sex generally burns only 54 calories.

It is Better Aerobic Exercise: It is easy even for beginners to sustain walking for 30 minutes to an hour and derive good aerobic benefits.

Walking Alone is socially acceptable and enjoyed by many in public. No Surgeon General ever lost her job by advocating walking alone.


Group Walking is socially acceptable and is often done in public.

Racewalking: You are rewarded for finishing ahead of the other walkers.

Awards: When you finish a walking event you often get a nice medal or t-shirt for your entry fee to commemorate finishing the event.

Age of Consent The legal age for walking is unlimited, from the first steps around age one through centenarians. Walkers of all ages can walk together, nobody is "jailbait."

Low Risk: Walking does not exchange bodily fluids, as long as you do not share needles to prick blisters.

Few Religious Restrictions: Walking with or without a spouse is considered morally acceptable by most major religions, although the distance allowed may be restricted on the Sabbath. Major religious figures are known for walking, and going on a walking pilgrimage is a tradition in many faiths.

Your Reputation: Nobody insults you for walking too often with too many different people!
Less Disease being  distributed...
So What do you think??